Peeling off the layers 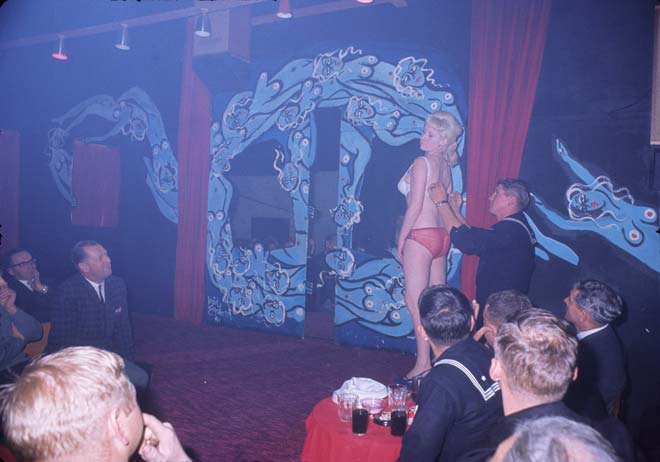 A patron undoes a performer’s bra at Wellington’s Purple Onion strip club in 1970. This was generally the officially admitted limit on physical contact between strippers and audience members.

When strip clubs first opened, performers stripped down to bikinis with pasties covering their nipples under the bikini top. Over a period of several years, this final layer of clothing was progressively shed – strippers first took off their tops, then the pasties and then the bottoms – leaving a G-string in place. When the G-string came off a couple of years later, the girls covered their pubic area with their hands. It is likely that the strip shown here would finish in this way.