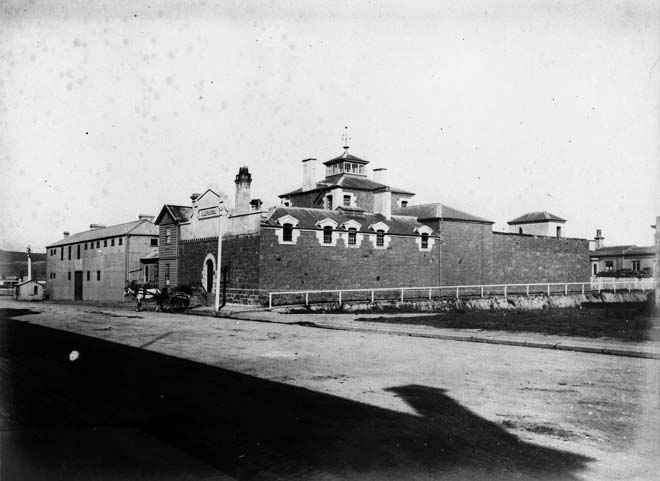 Dunedin Prison, shown here in the 1880s, was in fact three buildings, constructed between 1855 and the early 1860s. The main prison consisted of a wooden building with a bluestone building next to it. There was also a debtors' prison (for those who could not pay their debts) built of steel. In the provincial era, from 1853 to 1876, the provinces were responsible for prison construction and maintenance. Jails were a low priority for spending and were often run-down, overcrowded and easy to escape from. A new brick Dunedin prison was completed in 1896 and remained in use until 2007.