A divided board of trustees 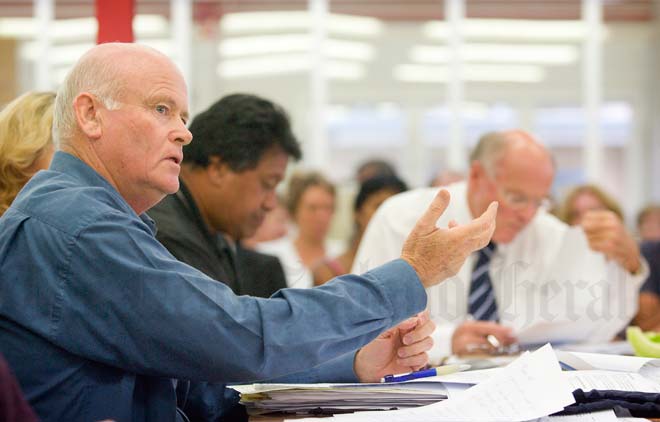 Alan Patterson-Kane makes a point at a Selwyn College board of trustees meeting in February 2007. Around this time, the board of trustees of Selwyn College in Auckland became embroiled in a heated dispute over how the school should be run. While some supported the school's liberal teaching approach, others criticised its academic performance and alleged that some students were beating up others. Following a warning from the Minister of Education, Steve Maharey, that the school needed to find a way to attract more students from its local catchment area, elections were held for a new board of trustees in late March.