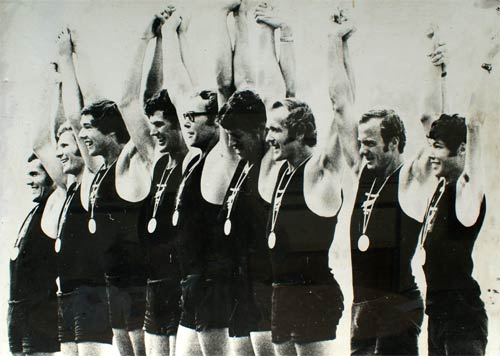 When New Zealand's rowing-eight gold medallists stood proudly on the winners' dais at the Munich Olympics on 6 September 1972 as 'God defend New Zealand' was played by the band. The rowers are (from left) Gary Robertson, Trevor Coker, Athol Earl, Lindsay Wilson, John Hunter, Dick Joyce, Wybo Veldman, Tony Hurt and cox Simon Dickie. At this stage 'God defend New Zealand' was not officially a national anthem, but public support for it to be made one was growing. It was finally designated an official anthem alongside 'God save the Queen' in 1977.

The All Blacks and the anthem