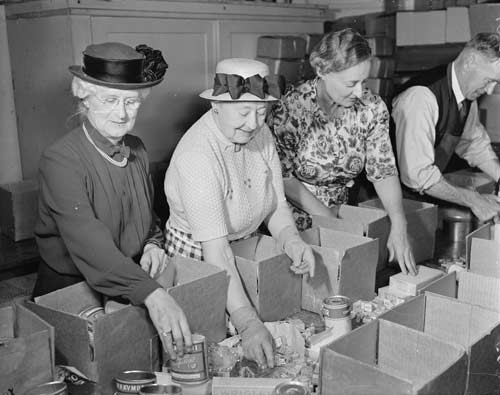 These unidentified Wellington activists are packing groceries in 1951 for CORSO (the Council of Organisations for Relief Service Overseas). CORSO was formed in 1944 to help rehabilitate countries devastated in the Second World War. Its founders included representatives of the New Zealand Red Cross Society, the National Council of Churches and the Society of Friends (Quakers). CORSO was New Zealand's largest aid agency until 1977, when it was overtaken by World Vision. Its government funding was stopped in 1979.