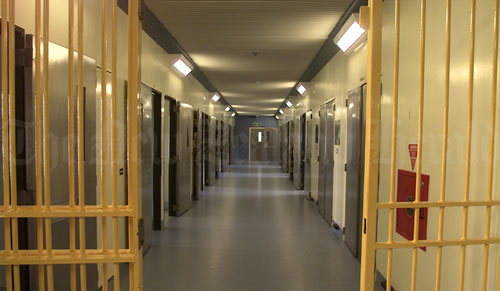 Waikeria Prison, 16 kilometres south of Te Awamutu in the Waikato, is one of New Zealand’s largest, with space for just over 1,000 minimum- and medium-security prisoners. The facility began in 1911 as a reformatory, and operated as a borstal until 1981. It has housed adult prisoners since 1961, including women between 2003 and 2006. The majority of the inmates are Māori. This cell block is similar to many prisons in its austerity and the use of metal security gates to divide each set of cells. It contrasts starkly with the home environments of most prisoners.