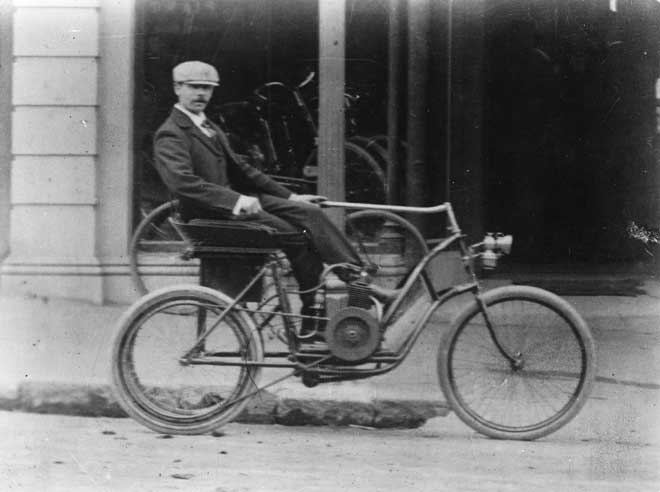 Engineer and cycle dealer Cecil Walden Wood is reputed to be the first person to build an internal combustion engine in New Zealand, used to drive a car on 22 November 1897. Earlier, he had experimented with gunpowder as a fuel. Here he is riding his three-wheeled belt-driven motor tricycle in Timaru in June 1901. The two-seater bike first ran on 20 May 1900. It had a two horsepower engine and was capable of 19 kilometres per hour. Interestingly the steering wheel is a tiller design – like those on boats. Wood was a friend of aviator Richard Pearse.