Delivering mail along the Whanganui River 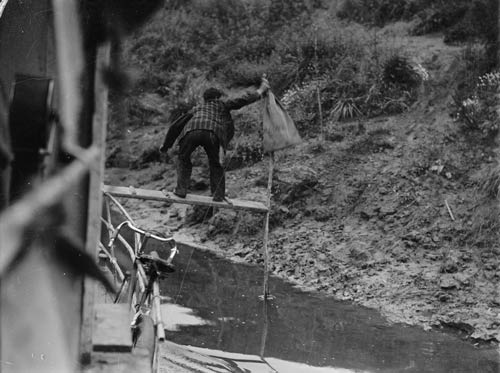 A man leaves a mail bag on a pole at a delivery point along the Whanganui River, probably in the early 1900s. Rivers provided access to some places not served by other transport links. Mail deliveries were one of the few ways that people in the backblocks could keep in touch with family and friends in other areas until well into the 20th century.