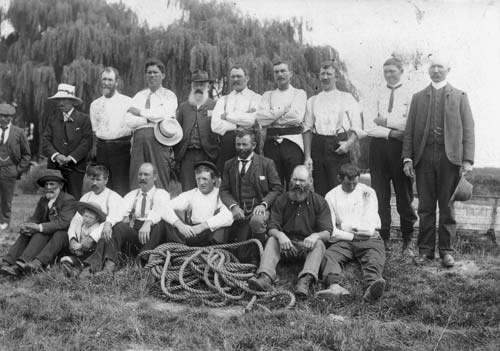 This team won the tug-of-war competition at the Tōmoana sports, on St Patrick’s Day, 1906. In the early 20th century, sports days were often held on commemorative days or public holidays. Tōmoana is on the outskirts of Hastings, and the bearded figure in the back row, fifth from left, is William Nelson, farmer and manager of the local freezing works. Six years later he sold land at Tōmoana to the Hawke’s Bay Agricultural and Pastoral Association, for their annual show.

Picnic at Bon Accord