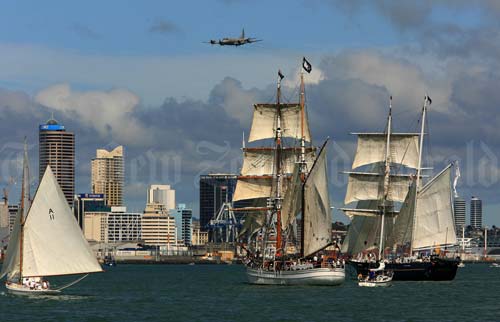 A Royal New Zealand Air Force Orion performs a low flypast over the old-timers’ race in the 2006 Auckland Anniversary Day regatta. The one-day event, held in late January, is reportedly the world’s largest. It is a celebration not only of the city’s founding in 1840, but also its enjoyment of sailing and the Waitematā Harbour.

The Queen at Ellerslie