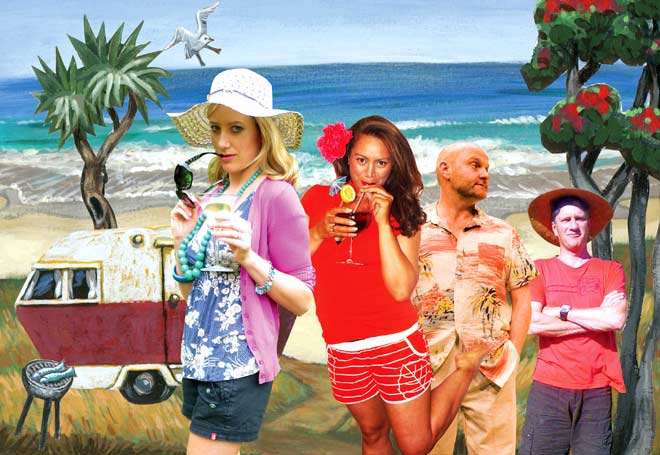 Most New Zealand families have spent summer holidays crouched under canvas or crammed inside caravans alongside total strangers. This awkward national tradition forms the backdrop for Dave Armstrong's play The motor camp, first performed at Wellington's Circa Theatre in 2011. The highly successful comedy was directed by Danny Mulheron, who has collaborated with Armstrong on other productions including the television comedy series Seven periods with Mr Gormsby.