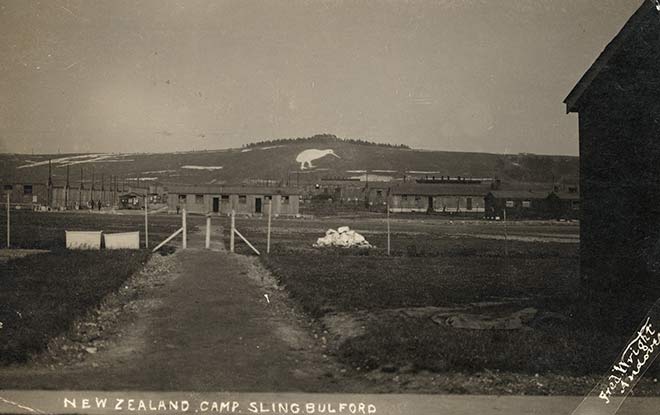 During the First World War, New Zealand soldiers were increasingly referred to as Kiwis, and they seem to have accepted the name. At the end of the war, when New Zealand soldiers in England were waiting at Sling camp on Salisbury Plain to return home, they occupied their time by carving this large kiwi in the chalk hill above the camp.