Refugees from Cameroon (3rd of 3) 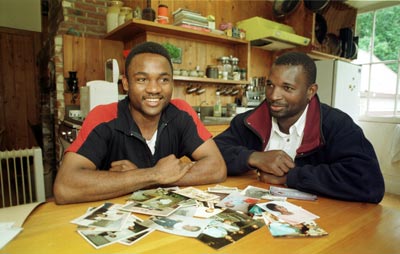 After being persecuted in Cameroon for their political beliefs, Nsongan Anselme (left) and No Denove crossed the border to Gabon. They then stowed away on a ship and landed at Port Chalmers, New Zealand, months later. By 2001 both men, who had settled in Dunedin, had gained New Zealand citizenship. This photograph was taken in 1997.