The Māori village at the New Zealand International Exhibition, 1906–7 (3rd of 4) 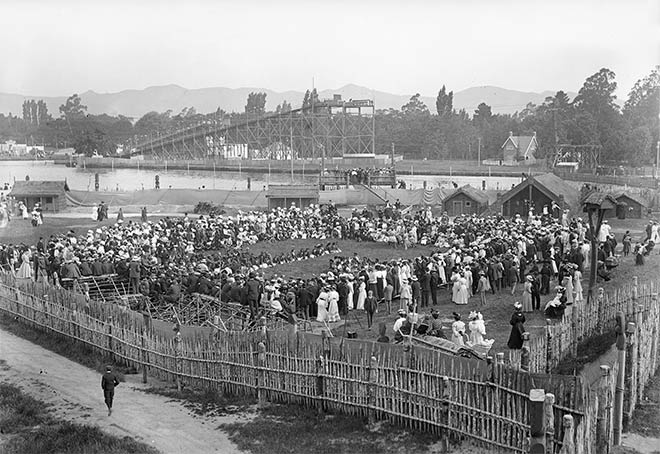 Large crowds can be seen enjoying a poi dance at the Māori pā (village) in the grounds of the New Zealand International Exhibition. The model pā was designed, in the words of the Weekly Press, to show 'the modern pale face how his dusky warrior brother lived in the brave days of old.' It was a romanticised recreation in which all Māori were dressed in traditional costume. The village was copied from the gathering of American Indians at the 1904 St Louis Exposition, and was a government initiative led by the minister of native affairs, James Carroll, who turned to Augustus Hamilton, director of the Colonial Museum, to organise the village. There were two meeting houses built and also a pātaka (storehouse). Behind the pā can be seen Wonderland, the amusement park.