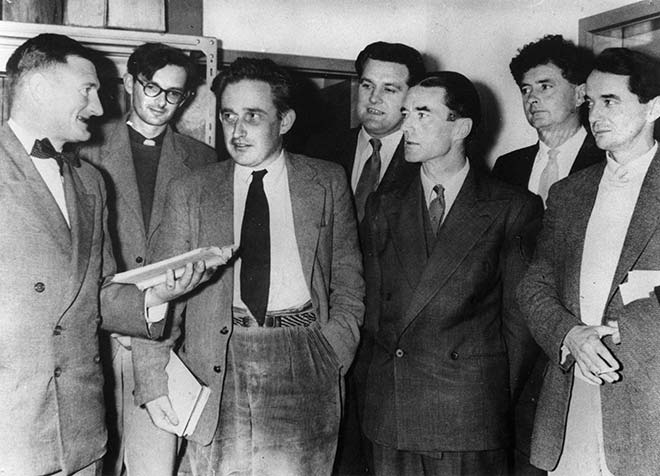 Denis Glover (far left) reads from a book of poems while (from left) W. H. Oliver, James K. Baxter, Louis Johnson, Bill Hart-Smith, Anton Vogt and Keith Sinclair listen intently. Baxter, Johnson and, for a shorter time, Oliver were part of a Wellington group of poets who became critical of the generation of nationalist poets, represented here by Glover, that had preceded them.

The Hobbit: an unexpected journey premiere, 2012