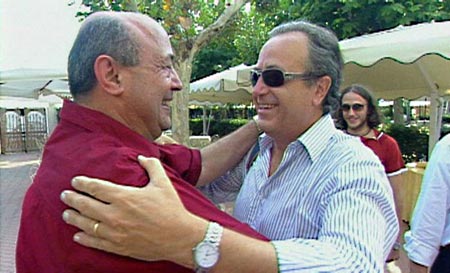 One of the earliest Italian immigrants was Nicolas Sciascia, who became a lighthouse keeper at Māhia Peninsula. He married a Māori woman, Riria McGregor, and together they had 11 children. Nicolas died in 1893 on Portland Island, off the peninsula, and his descendants, who number over 2,000, meet every few years to commemorate his life and legacy. This photograph was taken in Formia, Italy, in 2002, when Nicolas’s great-grandson Piri Sciascia (left) met another descendant, Michael, whose great-grandfather was Nicolas Sciascia’s brother.

hav met some of the

hav met some of the Sciascia family in hawkes bay province