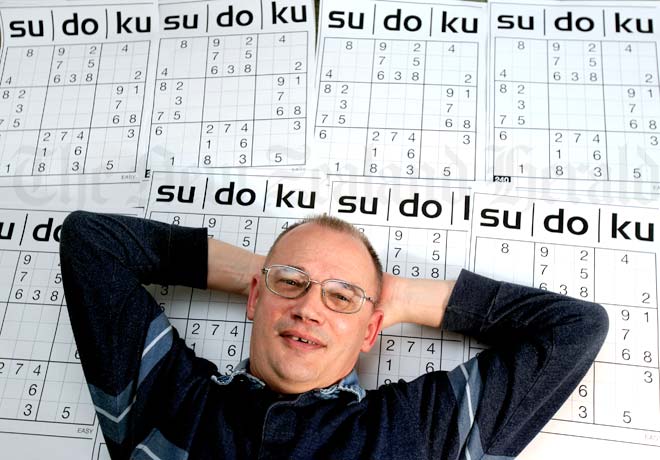 New Zealander Wayne Gould, who is principally responsible for spreading the number puzzle Sudoku from Japan to the rest of the world, is shown here in 2005. Eight years earlier he retired as a Hong Kong criminal court judge and developed a computer program that could mass-produce Sudoku puzzles, enabling them to appear in daily newspapers worldwide. In 2006 he was number 46 in Time magazine's list of '100 men and women whose power, talent or moral example is transforming our world'.