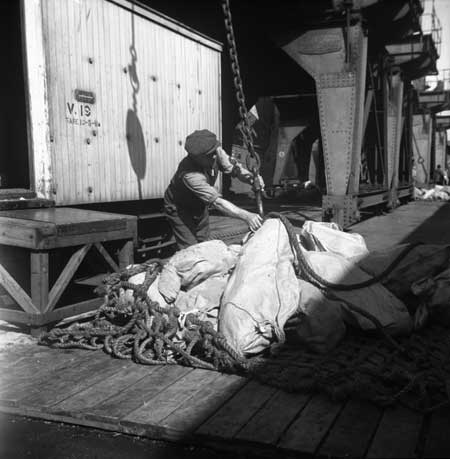 Until the 1960s most New Zealand exports were bulk agricultural produce such as these sacks of beef being loaded onto the New Zealand Shipping Company boat, the Rangitiki, in 1945. The photographer, John Pascoe, was a notable documentary photographer who recorded New Zealand’s efforts at home during the Second World War.