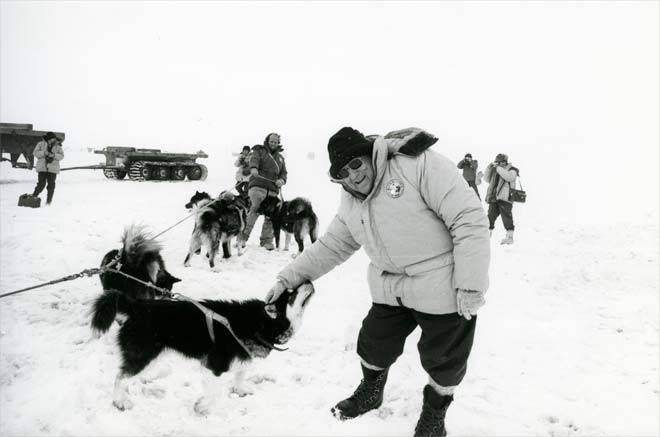 New Zealand Prime Minister Robert Muldoon is shown visiting Scott Base in 1982, the site's 25th anniversary. Muldoon was the first prime minister to visit the base, and was followed soon after by Prince Edward, the first member of the royal family to visit. By the time Muldoon arrived, the huskies he is shown patting were there simply for recreational purposes. Their sledge-pulling duties had been taken over by motor toboggans, called 'tin dogs' by Scott Base staff.