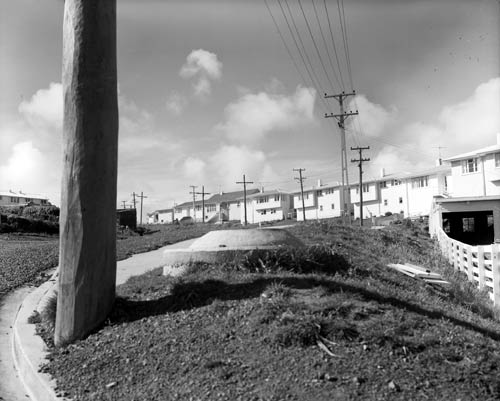 Photographed in the 1960s, these state houses in Porirua, near Wellington, have the utilitarian architecture and barren surroundings characteristic of such developments. Some state housing areas in suburbs like Porirua were occupied almost entirely by Māori urban migrants and became in effect Māori communities.