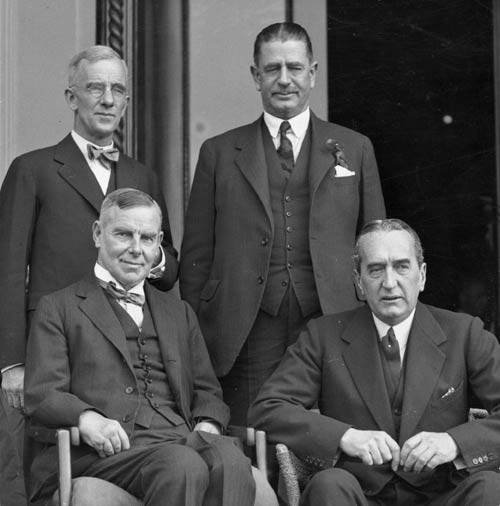 The Imperial Conference held in Ottawa, Canada, in 1932, set up an empire-wide zone of limited or preferential tariffs. Countries outside the British Empire paid much higher tariffs. New Zealand’s Deputy Prime Minister Gordon Coates (standing, right) and Minister of Finance and Customs William Downie Stewart (seated, left) attended the conference. With them are the Australian delegation, H. S. Gullett (back left) and S. M. Bruce. By the 1930s many producers, politicians and editorial writers were firmly in favour of imperial preference.