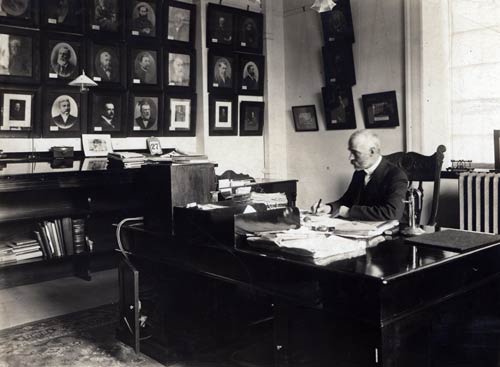 Donald Robertson was the first public service commissioner. During his term (1913–20), the merit principle was introduced, and he classified all public-service jobs and graded employees. The merit principle had limited application when it came to gender, however – Robertson barred women from the public-service entrance examination, made them resign if they married, and fixed their maximum salaries lower than those of men. Robertson’s approach to women in the public service was maintained and in some ways extended for decades to come.