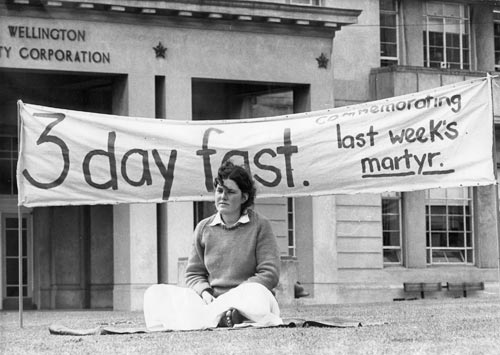 Devika Warren, a member of the socio-spiritual Ananda Marga movement, holds a three-day fast in Wellington's Civic Square in December 1974. She was protesting against the imprisonment of the movement's founder, P. R. Sarkar, in India. Sarkar was exonerated and released in 1978, but several of his followers in Australia and elsewhere were later charged with terrorist activities.