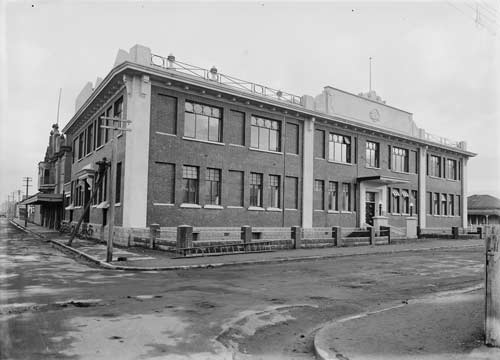 By the 1920s, when this photograph was taken, the Petone Working Men's Club and Literary Institute had become a major social centre in Petone. The club was established in 1887 and drew its membership from those who worked in local establishments such as the Gear meat works. This building was constructed especially for the club and opened in 1927. In 2017 the club had over 13,000 members.