Lobbying the minister (2nd of 3) 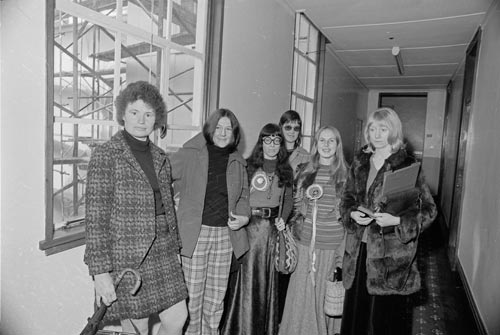 Parliament became the focus of abortion activism in the 1970s and 1980s. Members of Parliament presented bills aiming to restrict or loosen access to abortion, and groups outside the house lobbied vigorously. Members of the Women’s National Abortion Action Campaign (WONAAC) visited Parliament in September 1973 to urge the minister of justice, Martyn Finlay, to repeal existing abortion laws. They are (from left) Di Cleary, Phillida Bunkle, Irene Kennedy, Mary Sinclair, Deborah Jones and Kay Goodger.