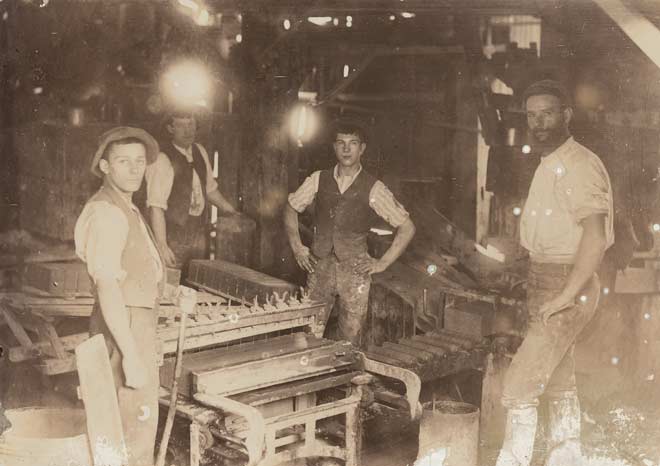 Four workers stand over a brick-making machine in Enoch Tonks’ brick factory on Webb Street, Wellington, in the late 19th century. Apart from William Tonks (right), who was the owner's son, it is unlikely that they received a high proportion of the return to the business – the share of income which went to wages at that time in New Zealand was not high.