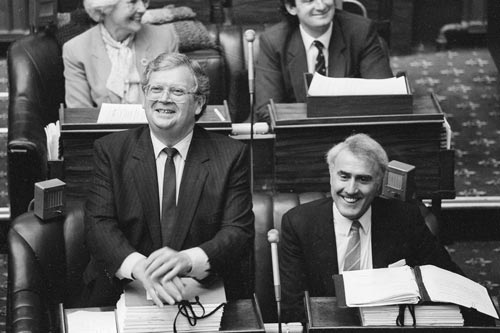 Deputy Prime Minister Geoffrey Palmer is seen beside Lange in the House of Representatives in 1989, the day after Lange resigned as prime minister. Palmer became prime minister soon after. Lange was attorney general outside Cabinet for Palmer’s ministry until the defeat of the Labour government in 1990.