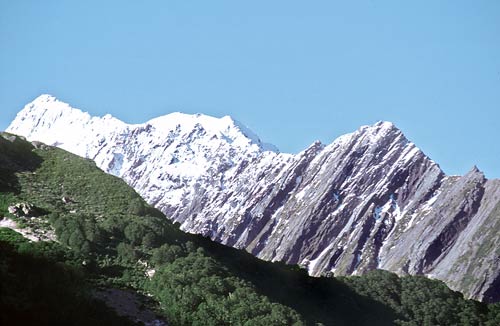 In 1949, painter John Drawbridge, photographer Brian Brake, composer Douglas Lilburn and poet James K. Baxter went into the Matukituki Valley near Wānaka to make a film about an ascent of Mt Aspiring (Tititea). It was intended to be a poetic tribute to the place of mountains in New Zealand culture. In the end, the weather was poor, the footage disappeared and the film was never made. But the incident did lead the 23-year-old Baxter to write ‘Poem in the Matukituki Valley’, which evoked the mountain environment. This is an excerpt:

Three emblems of the heart I carry folded As charms against flood water, sliding shale: Pale gentian, lily, and bush orchid. The peaks too have names to suit their whiteness, Stargazer and Moonraker, A sailor's language and a mountaineer's.

And those who sleep in close bags fitfully Besieged by wind in a snowline bivouac – The carrion parrot with red underwing Clangs on the roof by night, and daybreak brings Raincloud on purple ranges, light reflected Stainless from crumbling glacier, dazzling snow.