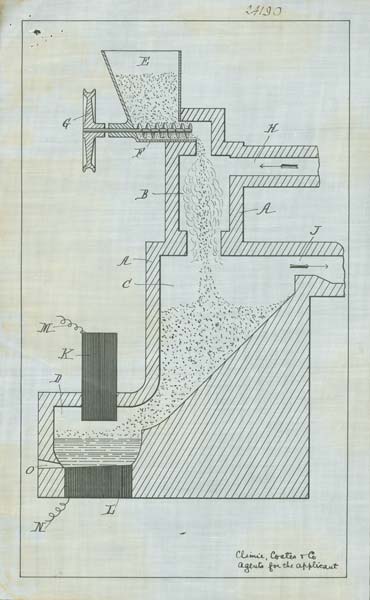 Between 1900 and 1908, engineer John Cull (1878–1943) worked out a two-stage process for smelting Taranaki ironsands using magnetic separation and an electric arc furnace. This is the specification drawing that accompanied Cull’s patent for an ‘improved electrical process for the manufacture of iron, steel and other metals from their ores’.

Cull’s experiments were overlooked at the time, but he deserves to be remembered as a far-sighted pioneer in the smelting of New Zealand ironsands. His work could not be applied generally until the development of electric arc furnace technology and bulk power generation half a century later. Cull later worked on a variety of engineering projects in New Zealand, and became professor of civil engineering at Canterbury University College (1931–41). He died in 1943, so did not live to see the development of a steel industry in New Zealand.