The most peaceful nation? 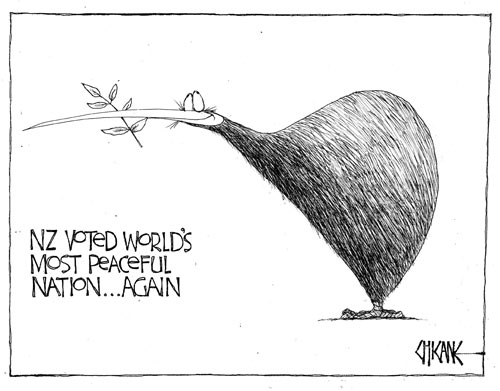 New Zealand has an international reputation as a peaceful nation with a good human-rights record. This is reflected in this 2010 cartoon, which appeared after the Institute for Economics and Peace, an international research body, ranked New Zealand as the world's most peaceful country in the institute's global peace index in 2009 and 2010. New Zealand's reputation for peace and upholding human rights is, however, challenged by questions over the rates of violence against women and children, the high rate of youth suicide, the police use of tasers, the high rate of Māori imprisonment and aspects of immigration policies.

Complaints to the Human Rights Commission, 2009–10