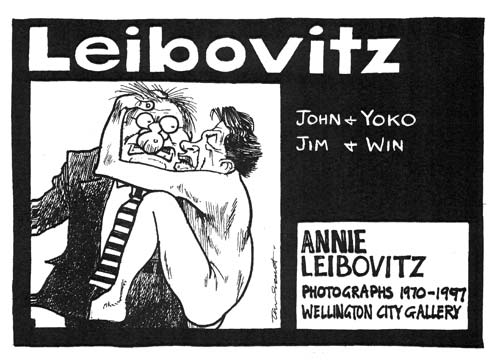 This Tom Scott cartoon of April 1997 parodies a famous Annie Leibovitz photograph of celebrity couple John Lennon and Yoko Ono, which was then on show at the Wellington City Gallery. Jim Bolger, the National Party Prime Minister, looks less than comfortable at being so close to Winston Peters, leader of New Zealand First, National's coalition partner.