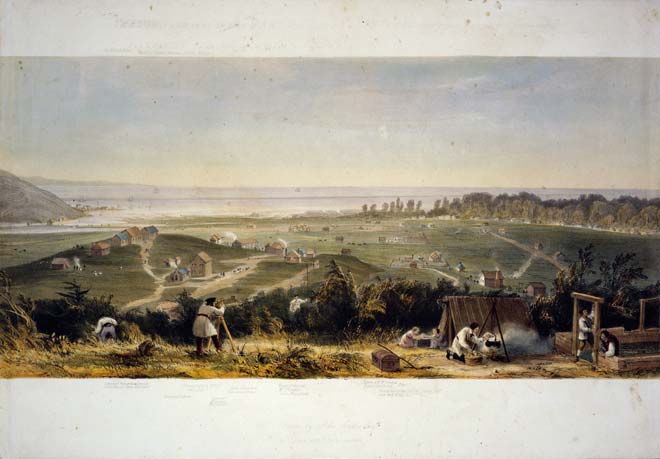 This lithograph of Nelson in 1842 was based on a work by early Nelson settler John Waring Saxton. The lithograph was published in 1845 in Adventures in New Zealand by Edward Jerningham Wakefield, Edward Gibbon Wakefield's only son. The book was a conscious effort to attract new immigrants to New Zealand, so the image gives a benign view of the colony, with settlers' cottages puffing smoke and happy farms spread over a prosperous landscape. The figures in the foreground are wearing the smocks of English labourers, in a deliberate attempt to attract the kinds of rural workers that the New Zealand Company wanted. This utopian vision expresses the rural dream of Wakefield and the company.