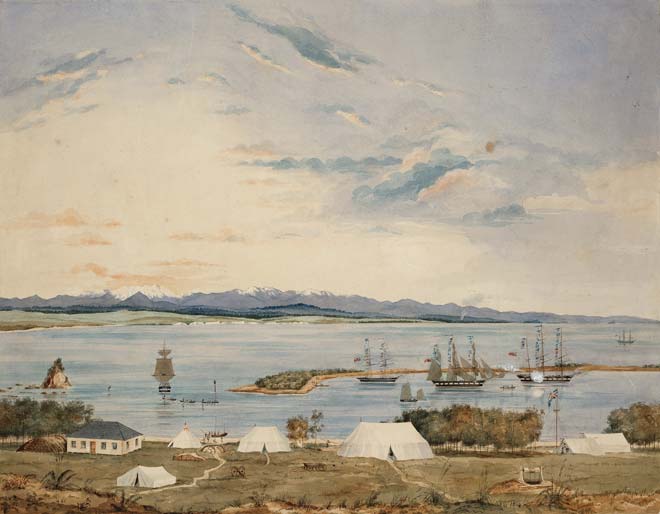 The first European settlers often lived under canvas while awaiting the erection of whare-style or European housing. This painting of Nelson shows the tents erected for the New Zealand Company officials and mechanics who arrived in November 1841 to survey and build accommodation for the early settlers. Prefabricated immigration barracks are visible to the left. Anchored in the harbour are the Will Watch, Whitby and Arrow, on which the group had travelled from Britain.