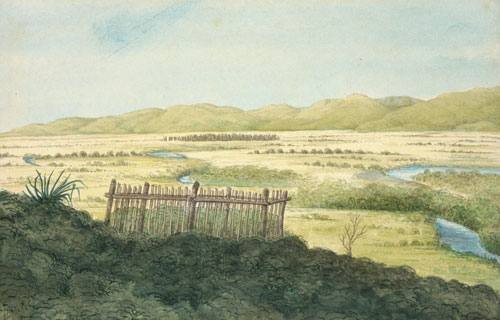 Relations between Māori and Europeans were badly shaken by the 'Wairau affray' of June 1843. A group of Europeans led by Captain Arthur Wakefield hoped to acquire land in the fertile Wairau plains, near present-day Blenheim. When they attempted to arrest the chiefs Te Rangihaeata and Te Rauparaha a gun battle broke out and 22 settlers, including Wakefield, and four Māori were killed. This is the grave site of the European victims in 1851.