The first meeting of the Southern District Health Board, May 2010 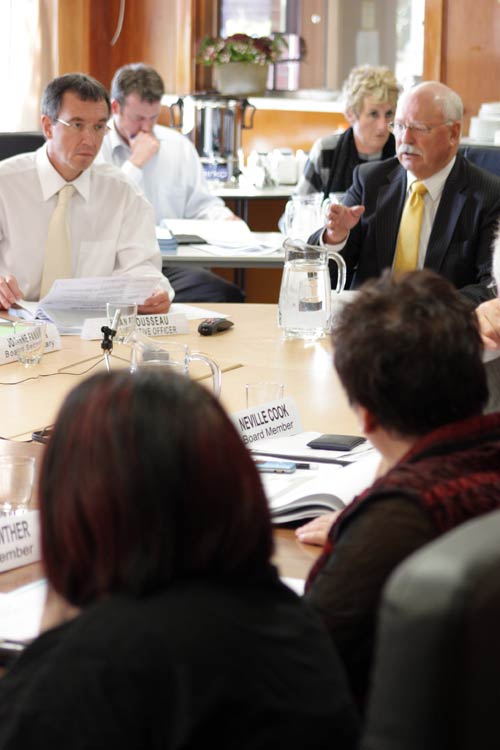 The Hospital and Charitable Institutions Act 1885 established 28 hospital districts to take responsibility for this aspect of state activity, which had been carried out with varying degrees of effectiveness by the former provinces. Board members were elected by the county and borough councils within each district, with funds coming both from local sources and central government grants. The 20 district health boards of 2011 were the successors to those districts. Their boards were directly elected by voters, and most of their funding came from central government. In 2000 the Southland and Otago district health boards decided on a merger to create the Southern District Health Board, which held its inaugural meeting, shown here, in May 2010.