The execution of James Stack 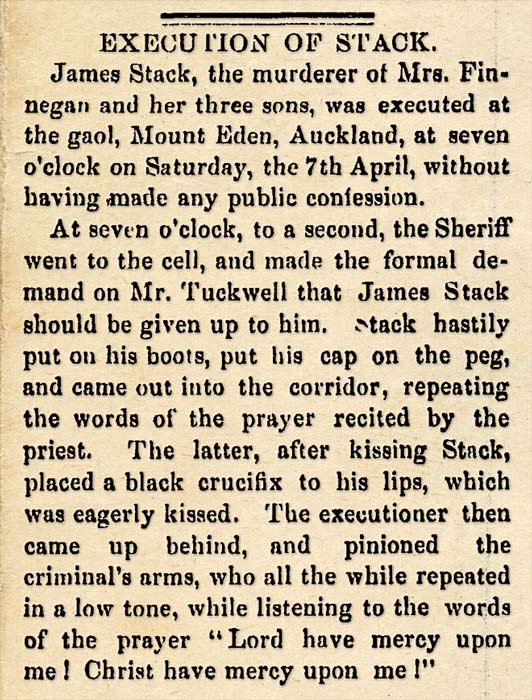 In 1866 soldier James Stack was convicted of the murders of Mary Finnigan and her three sons, which occurred the previous year. Stack had been living with the Finnigan family in Ōtāhuhu and claimed they had gone to the West Coast goldfields after neighbours queried their absence. After Stack abruptly left the property it was thoroughly searched, and the bodies of Mary, James and Benjamin were found buried in the garden. Stack was apprehended while on the run in late December 1865, and was executed by hanging in April 1866. The body of John Finnigan was not found until 1869.