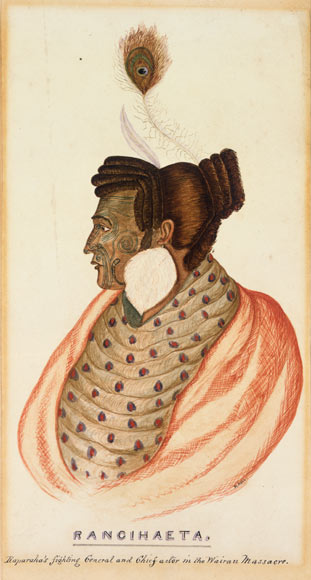 Te Rangihaeata was the nephew and 'fighting general' of Ngāti Toa chief Te Rauparaha. Late in 1842 the New Zealand Company decided to expand into the Wairau valley because of the lack of suitable grazing land in Nelson. Te Rangihaeata and Te Rauparaha consistently denied that the area had ever been sold. In 1843, having carefully laid aside the movable property of the surveyors, they burnt down a surveyors’ hut in the Wairau valley. This led to conflict in which at least 26 people died.