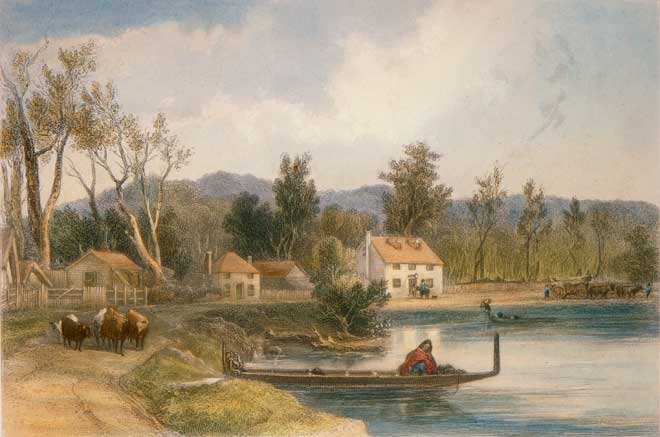 Because the Hutt River near Wellington was a transport route, it was natural for buildings to be sited alongside. The Aglionby Arms (centre) was one of the first hotels. This engraving, from a drawing made in the early 1840s, shows an idyllic view of the hotel. Unfortunately the early inhabitants did not realise that the Hutt River flooded regularly.

Debris from a flash flood

Damage to the Aglionby Arms