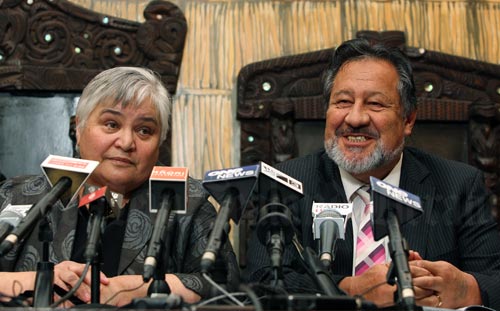 Māori Party co-leaders Tariana Turia and Pita Sharples are shown at a parliamentary press conference in 2009, following the release of a report reviewing the Foreshore and Seabed Act. This act was introduced under a Labour government in 2004, when Turia was a Labour MP. Her opposition to the act led to her resignation from Parliament and the formation of the Māori Party. Turia, Sharples and two other Māori Party candidates won Māori seats in the 2005 election. The Māori Party MPs later supported a National-led government which promised to repeal the Foreshore and Seabed Act.