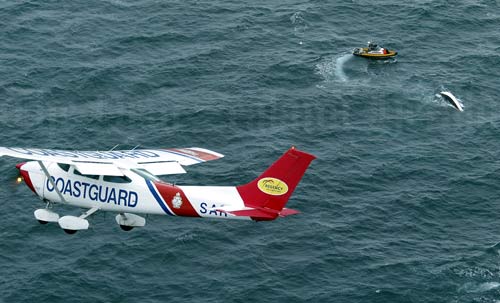 A Coastguard plane flies over the hull of a vessel that sank off Port Jackson, at the tip of the Coromandel Peninsula, in September 2006. The skipper was able to radio for help, and two Coastguard boats and eight private boats headed to the area. However, it was a rescue helicopter that found the man clinging to the hull of the boat and flew him to safety. The man’s border collie dog, given up for dead, was found alive in wreckage.